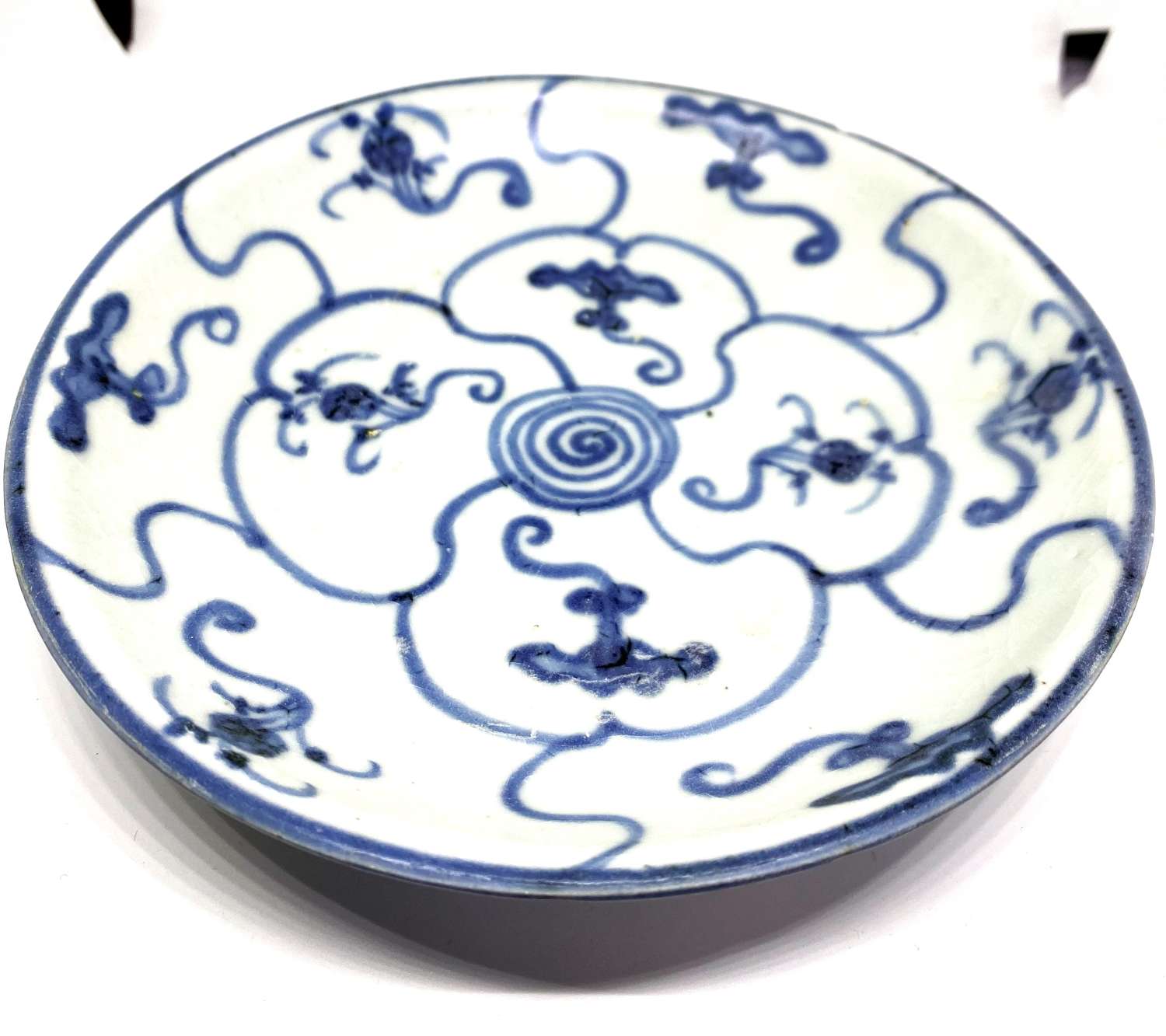 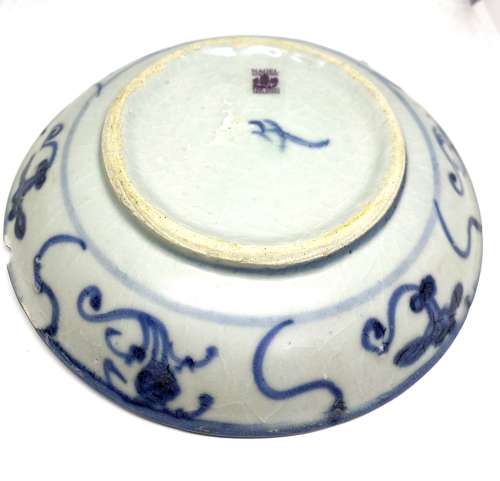 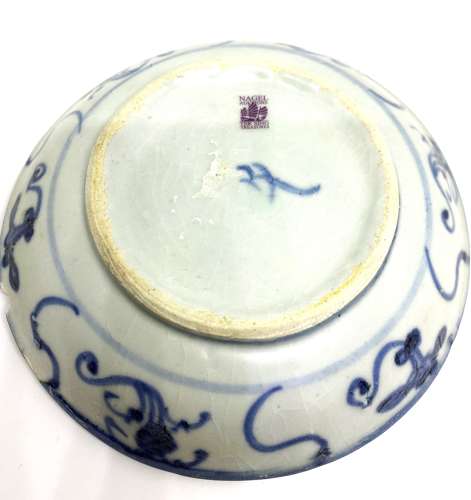 On May 12 1999 a British marine salvor, Michael Hatcher, discovered the wreck of the Tek Sing in an area of the South China Sea, north of Java, east of Sumatra and south of Singapore. His crew raised about 350,000 pieces of the ship’s cargo in what is described as the largest sunken cache of Chinese porcelain ever recovered.

Antique porcelain from a wreck can be worth more than its weight in gold, so the treasure hunters were keen to have the haul examined by experts. They were surprised to find that the porcelain originated from many different places and dates. Some pieces must have been around 100 years old when they were loaded. Many of the items were new to marine archaeologists, and provided valuable insights into Chinese life.

Tek Sing’s porcelain cargo had been packed so tightly, that even after nearly 200 years under the silt and coral, many examples were in almost pristine condition.

Here we have a lotus pattern dish from that wreck in very good condition indeed.

Free UK postage and packaging, please contact us for a foreign shipping quote.

Please fill in the information below

Can we also interest you in these?